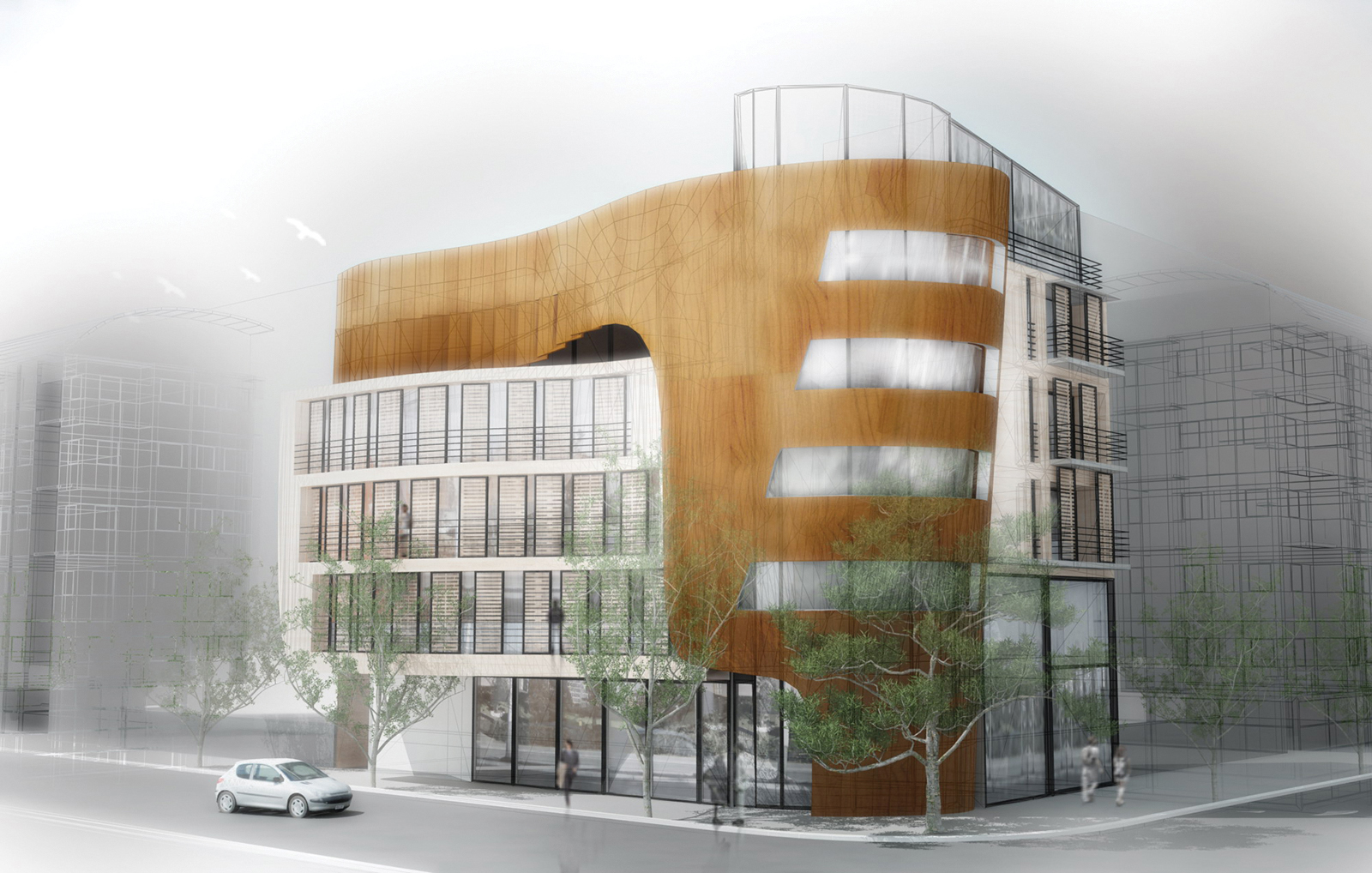 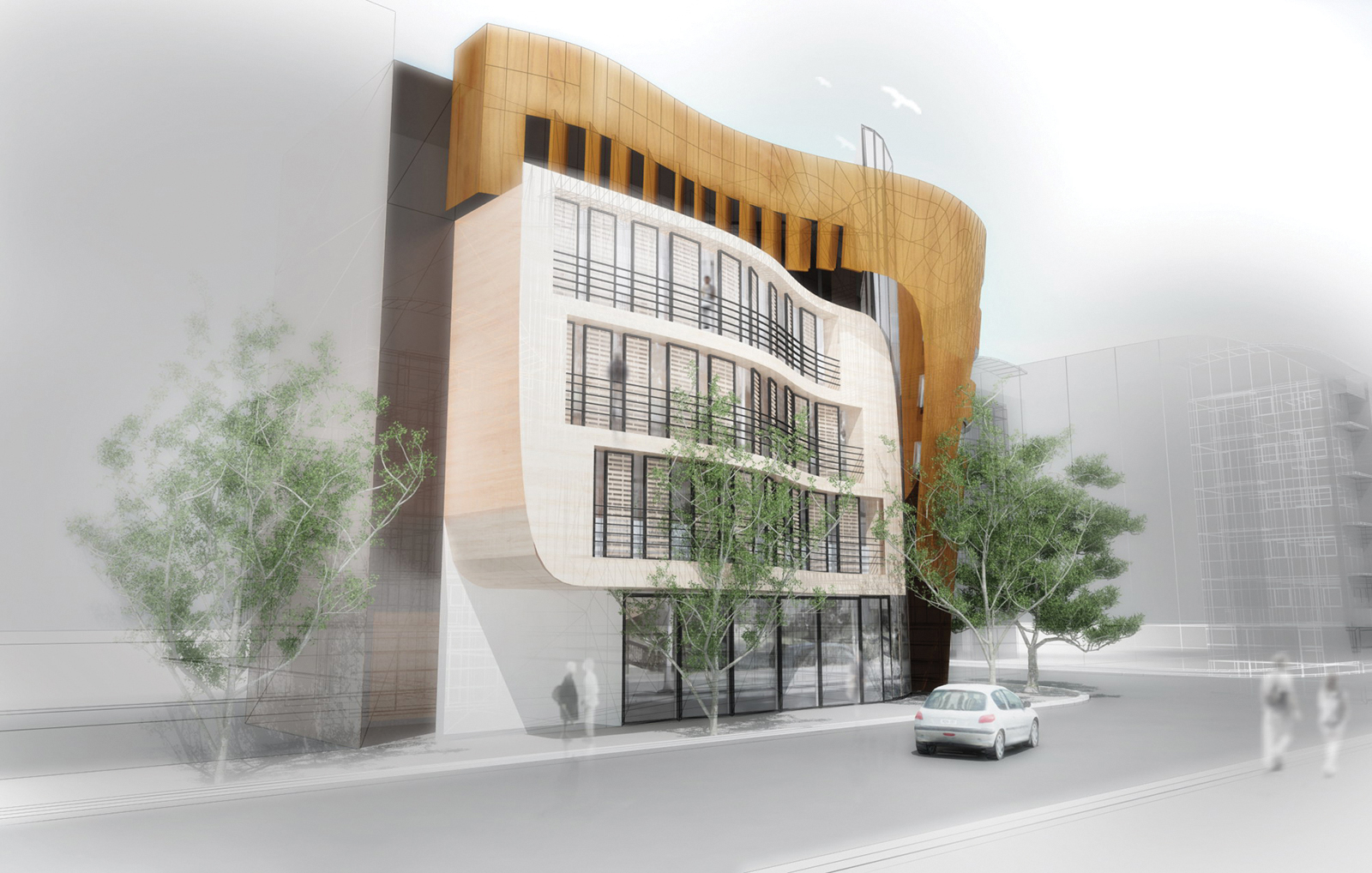 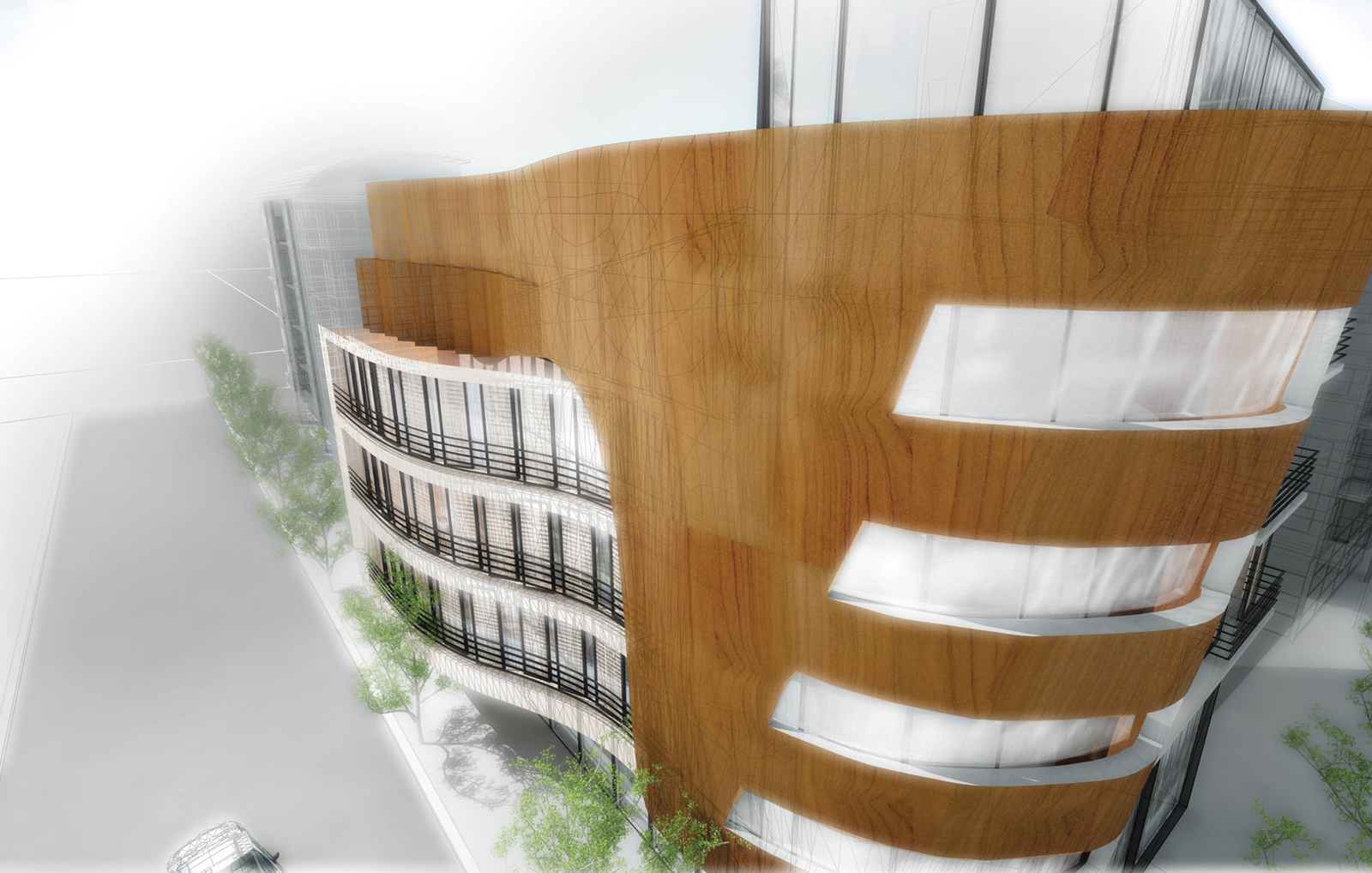 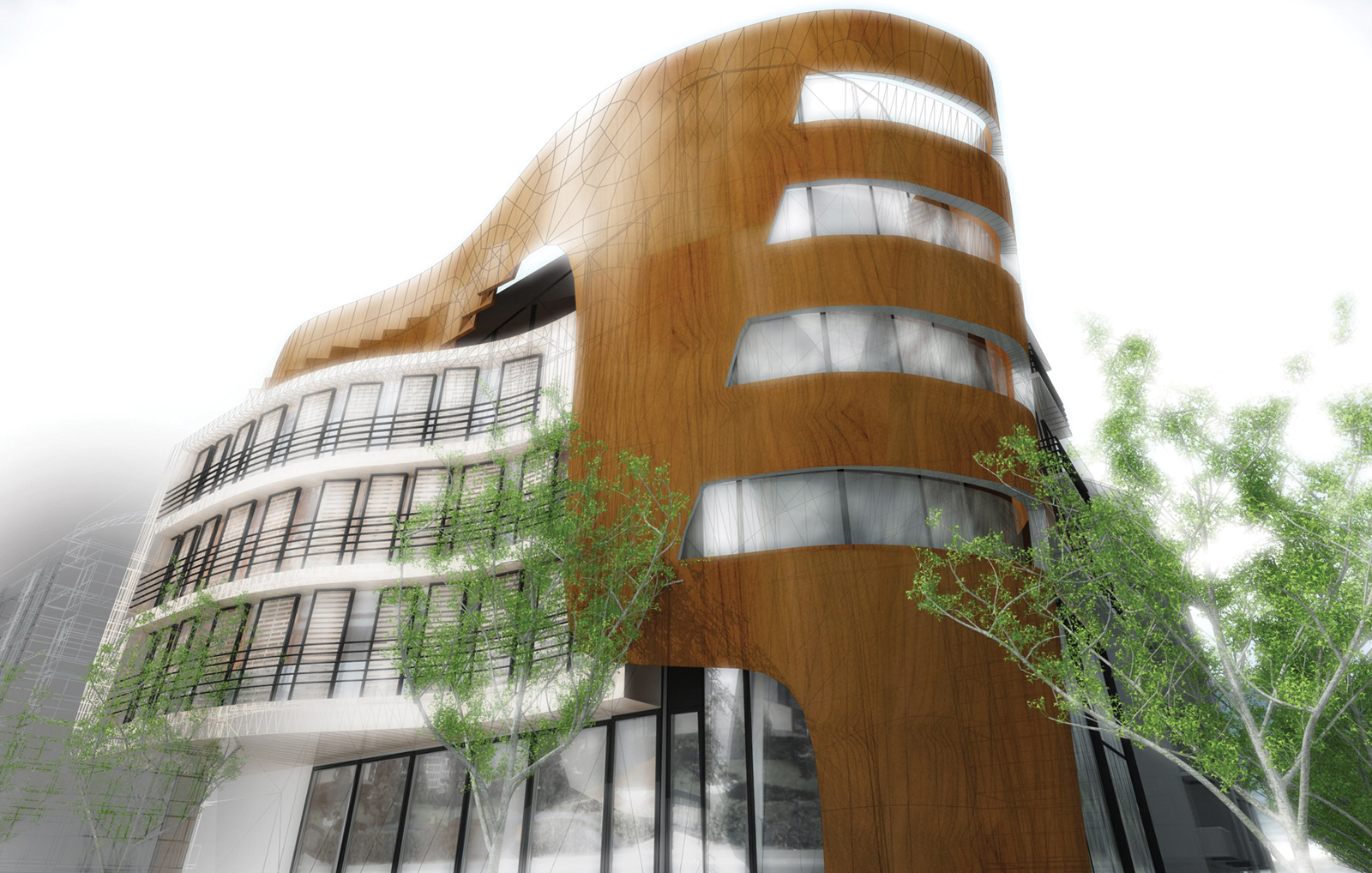 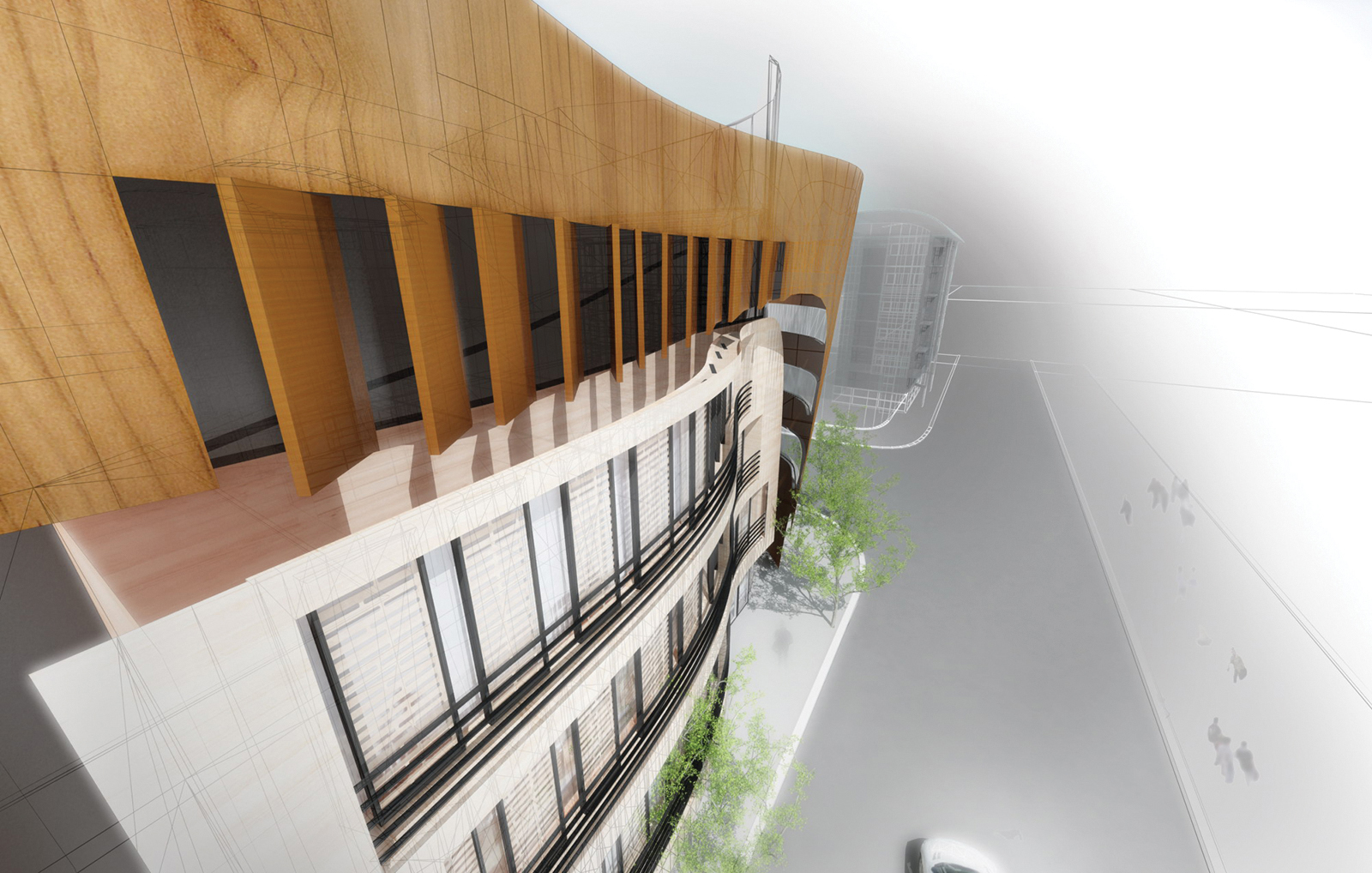 The intervention with a new façade on the represented building provides a complete refreshment to the same building, as well as to the environment.
The façade form is conceived so as to be composed of several elements that mutually move, melt and overlap. Conceived as a dance of gently rounded planes on the surface, its main element is a slightly reduced movement developing a form, creating an integral unit that breaths together.
The play of shadows from within, the impulses of mild wooden meandering surfaces and gentle transparent zones on the outside, beside the visual sensation also has the role of a structure in the division of program elements of the building.
With the new façade, the building takes on the role of a living organism that moves and breaths, becomes one with the environment and spreads its story forming a completely new ambiance.