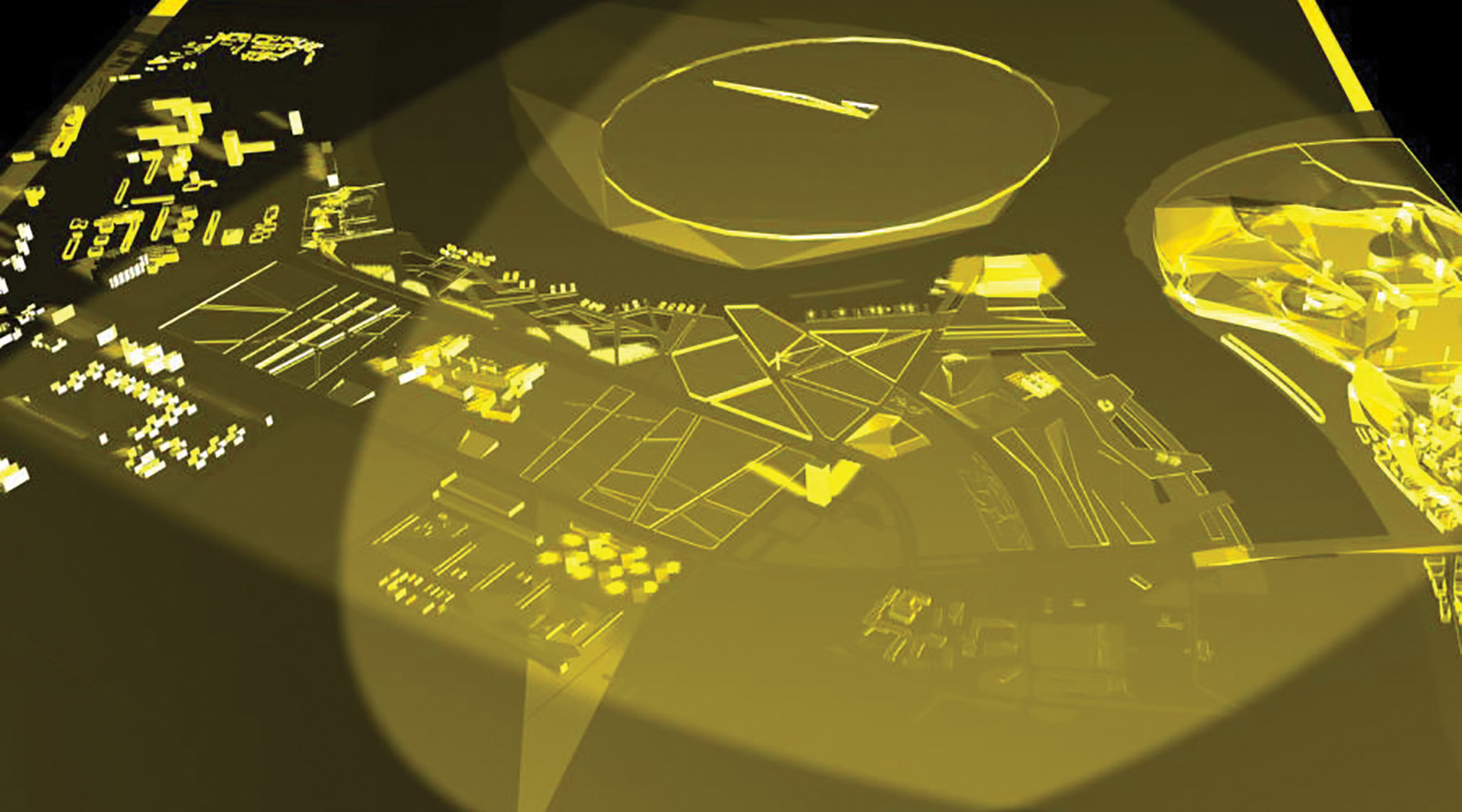 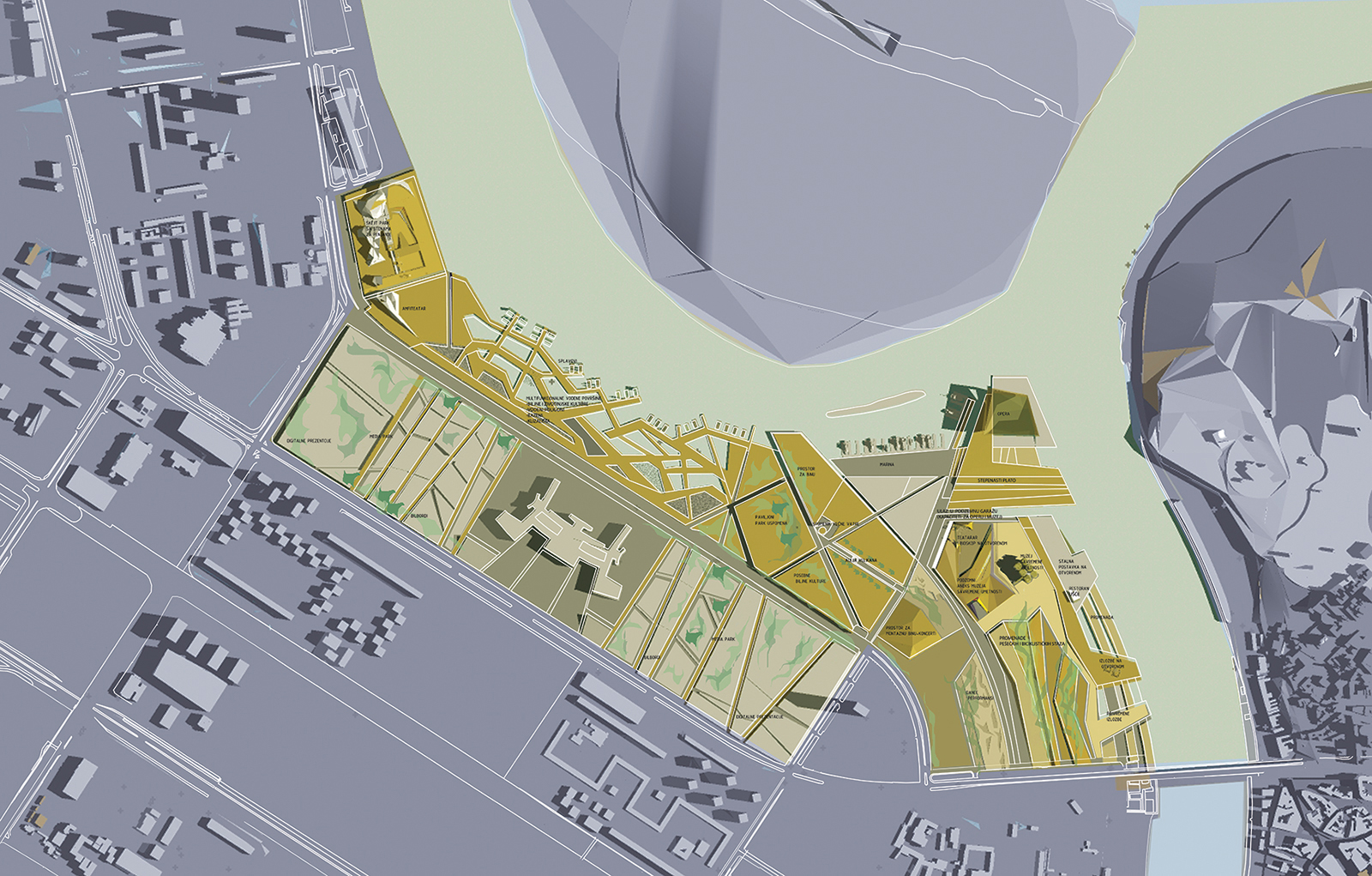 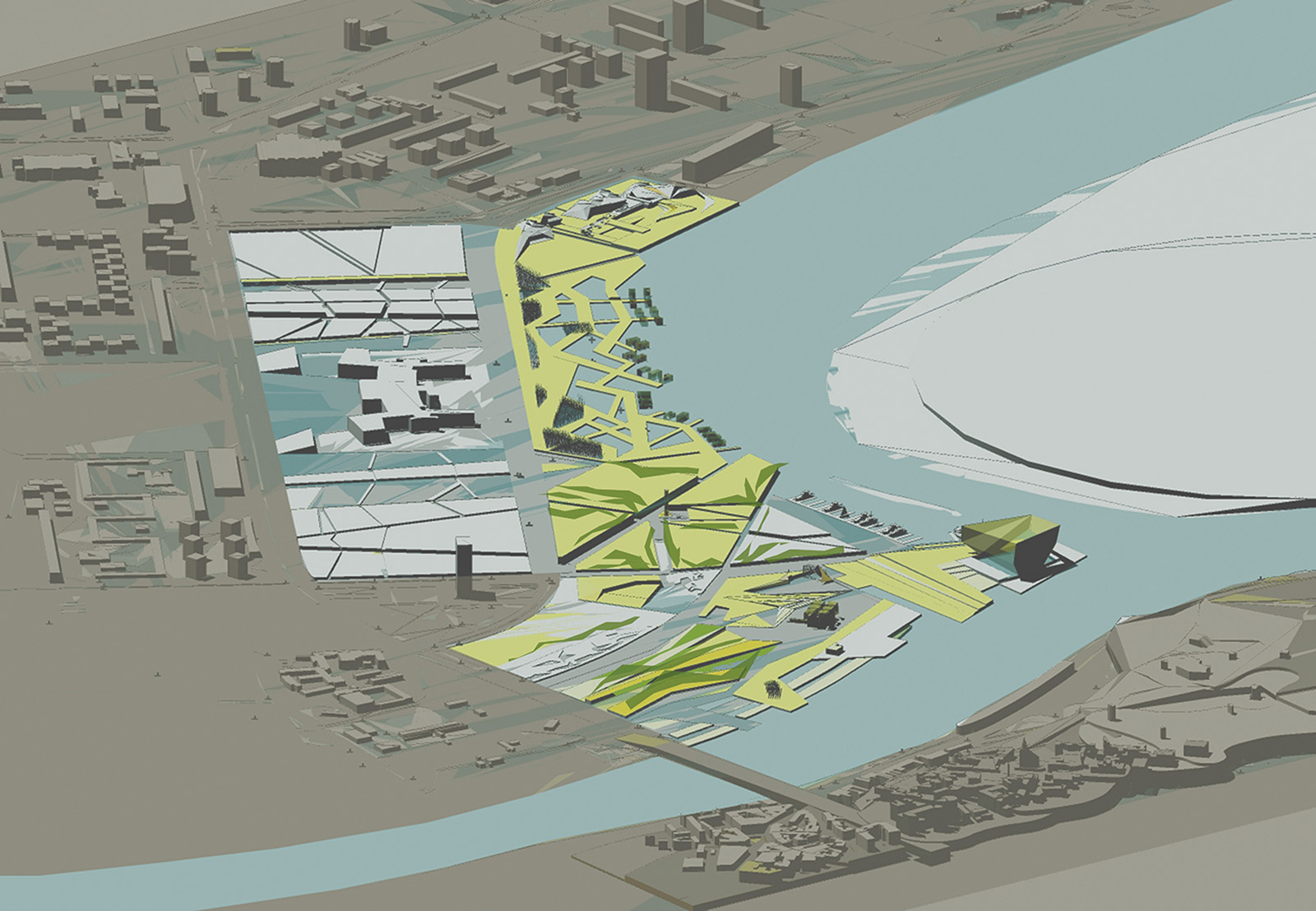 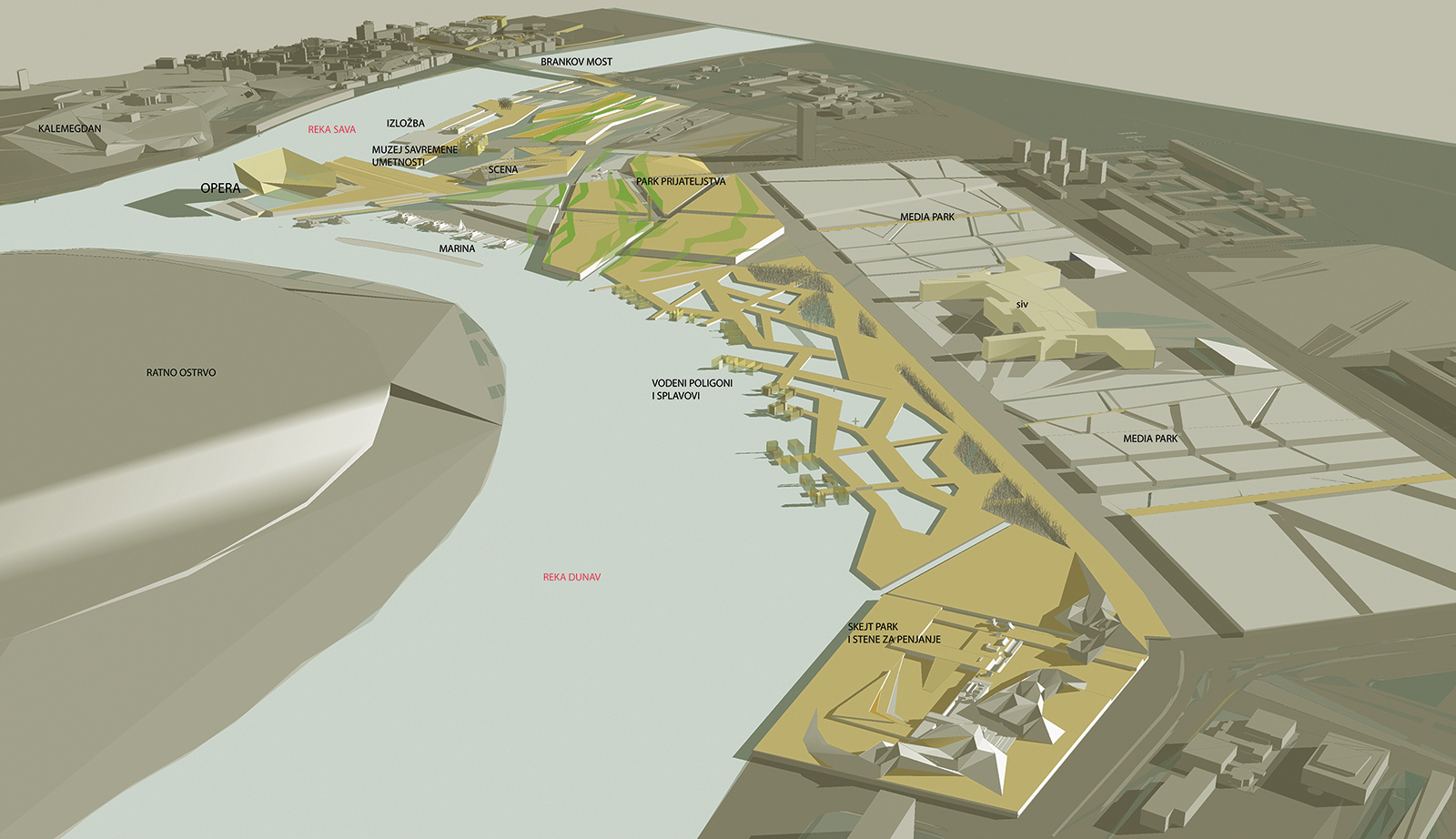 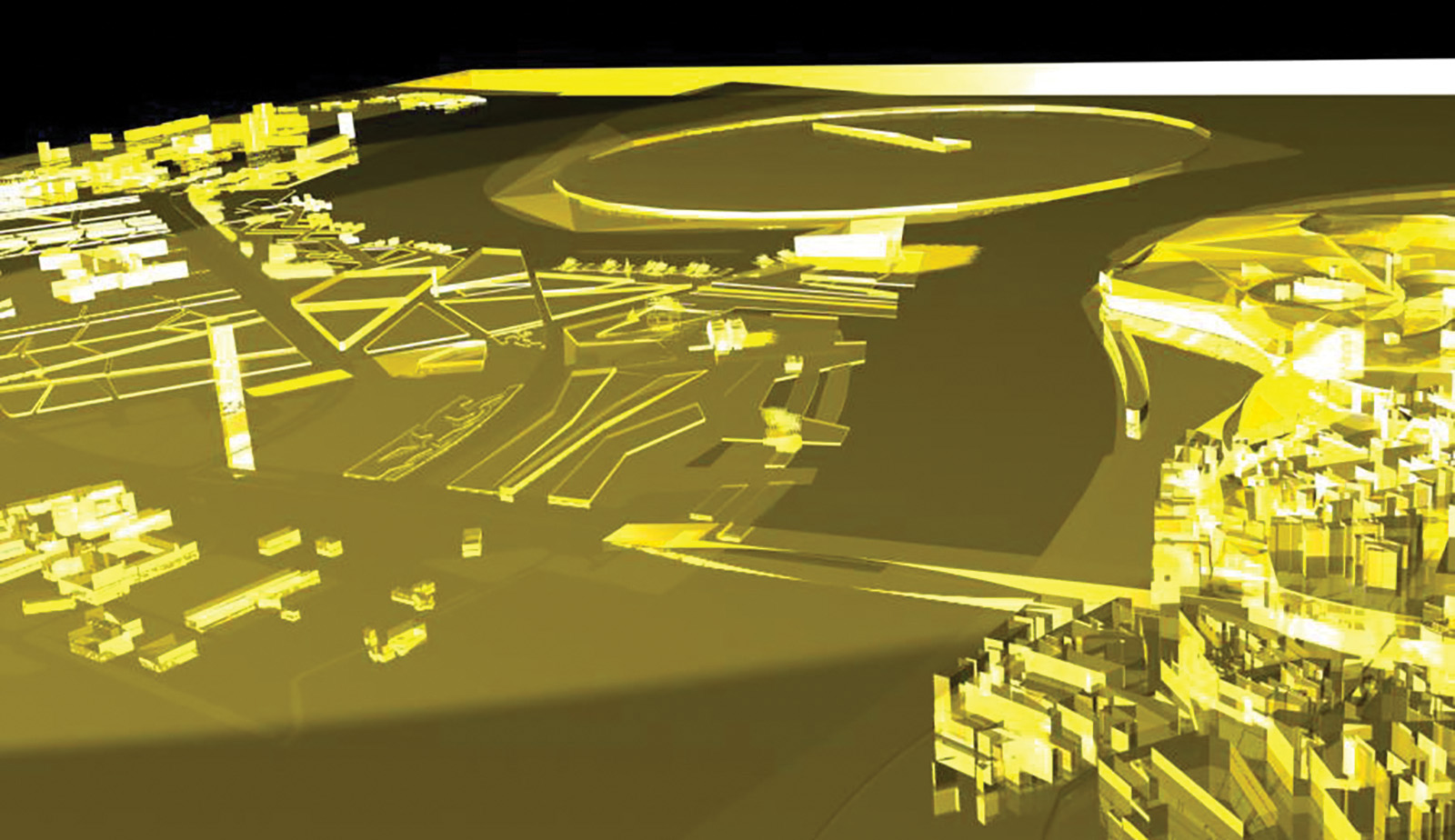 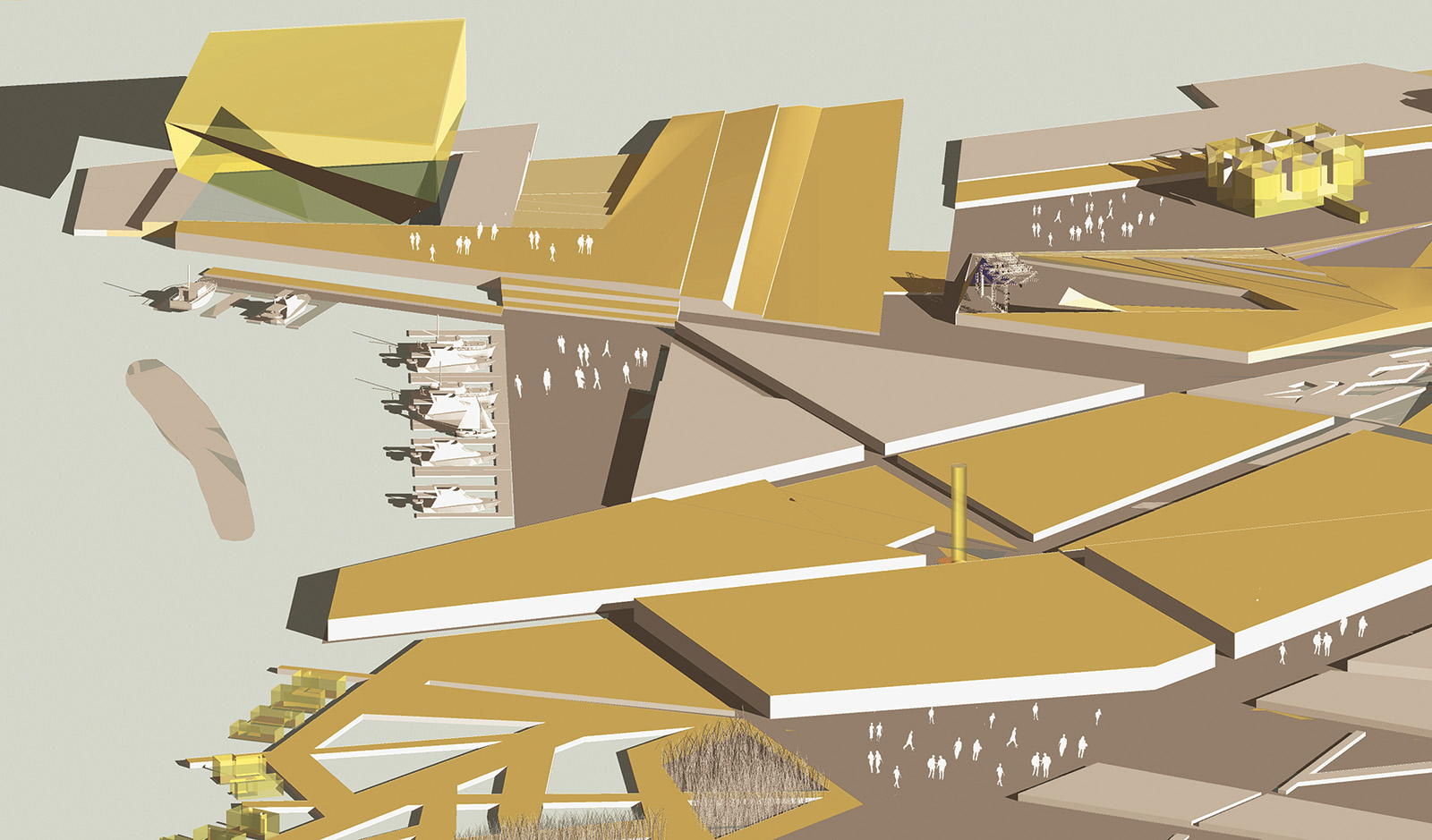 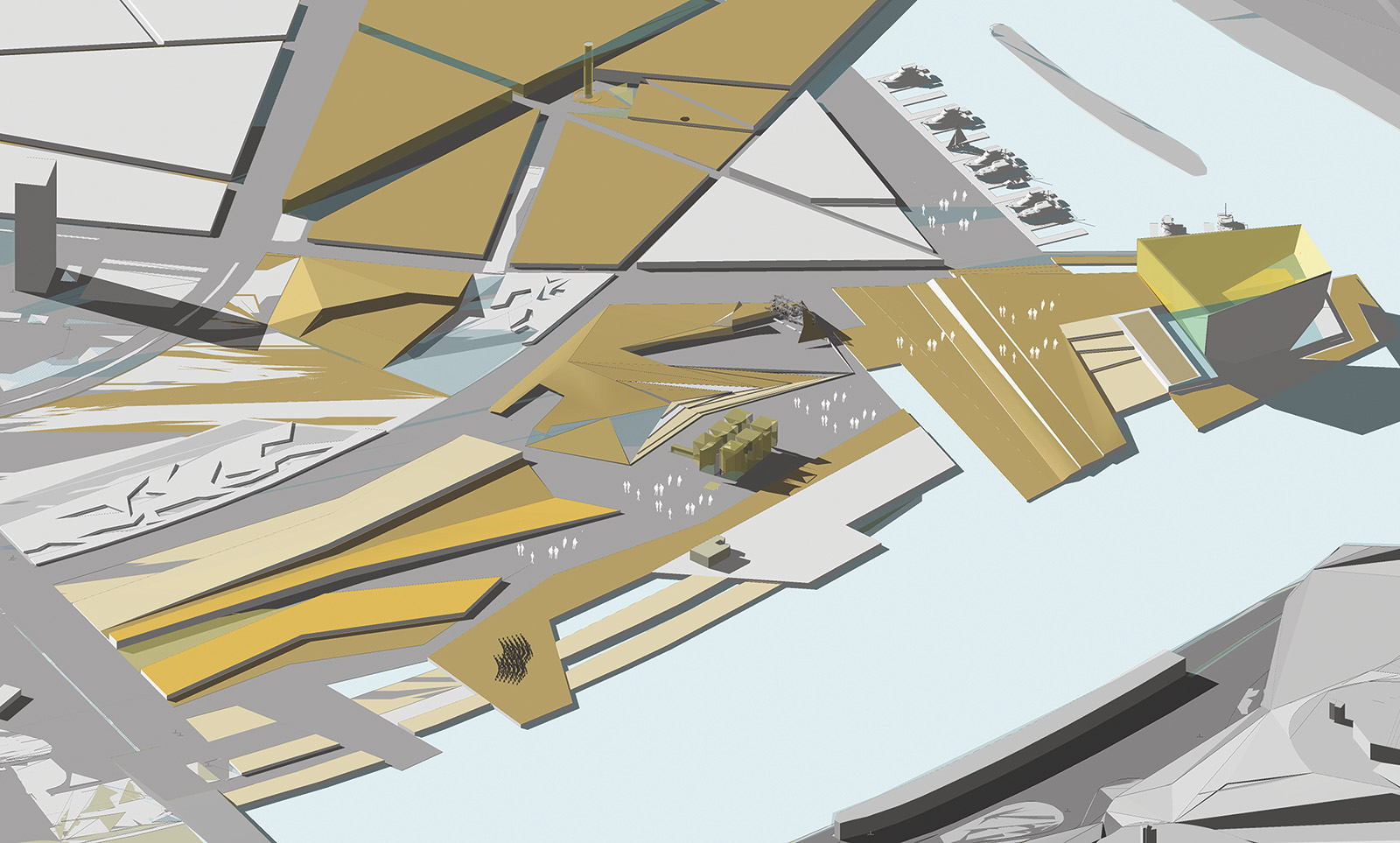 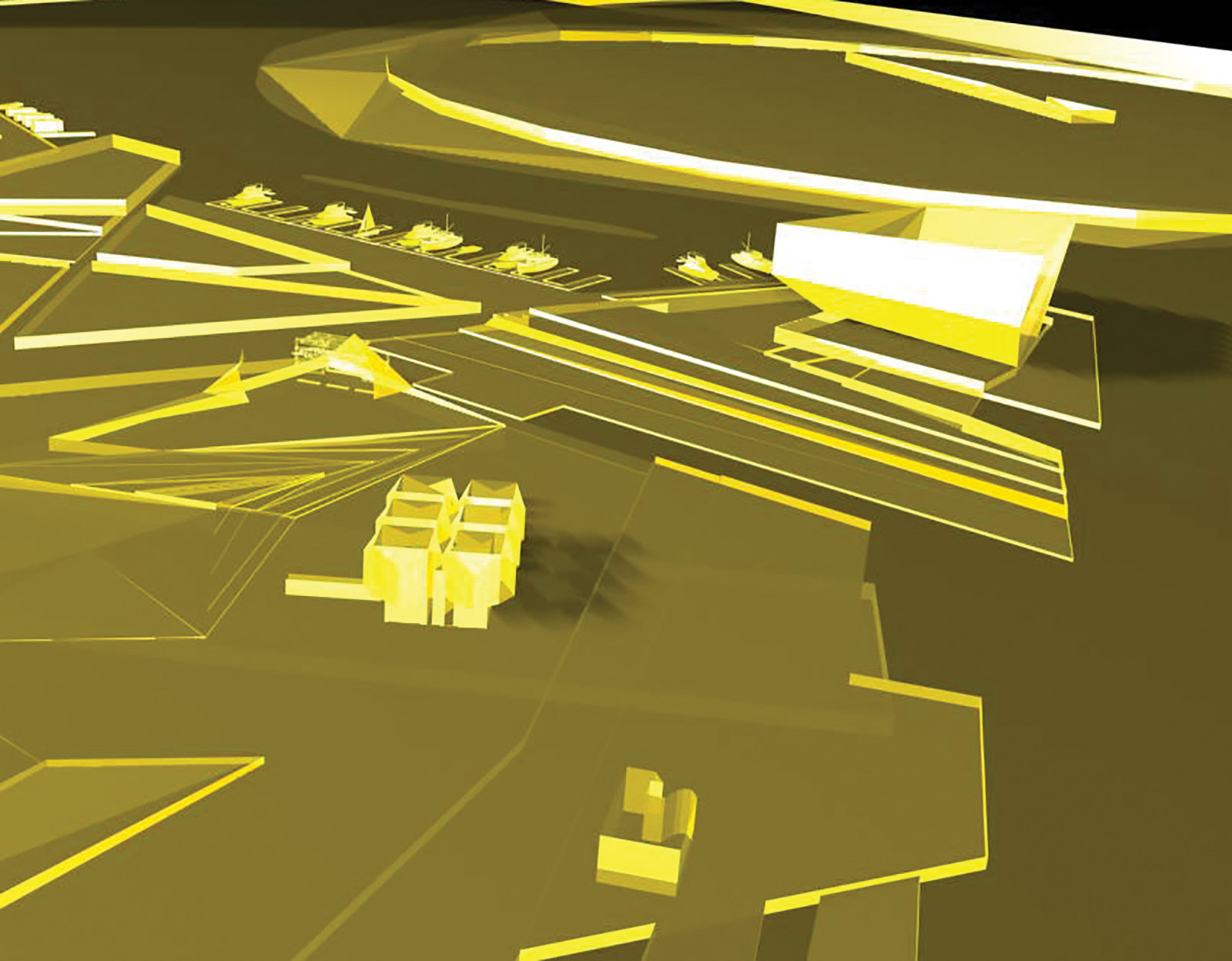 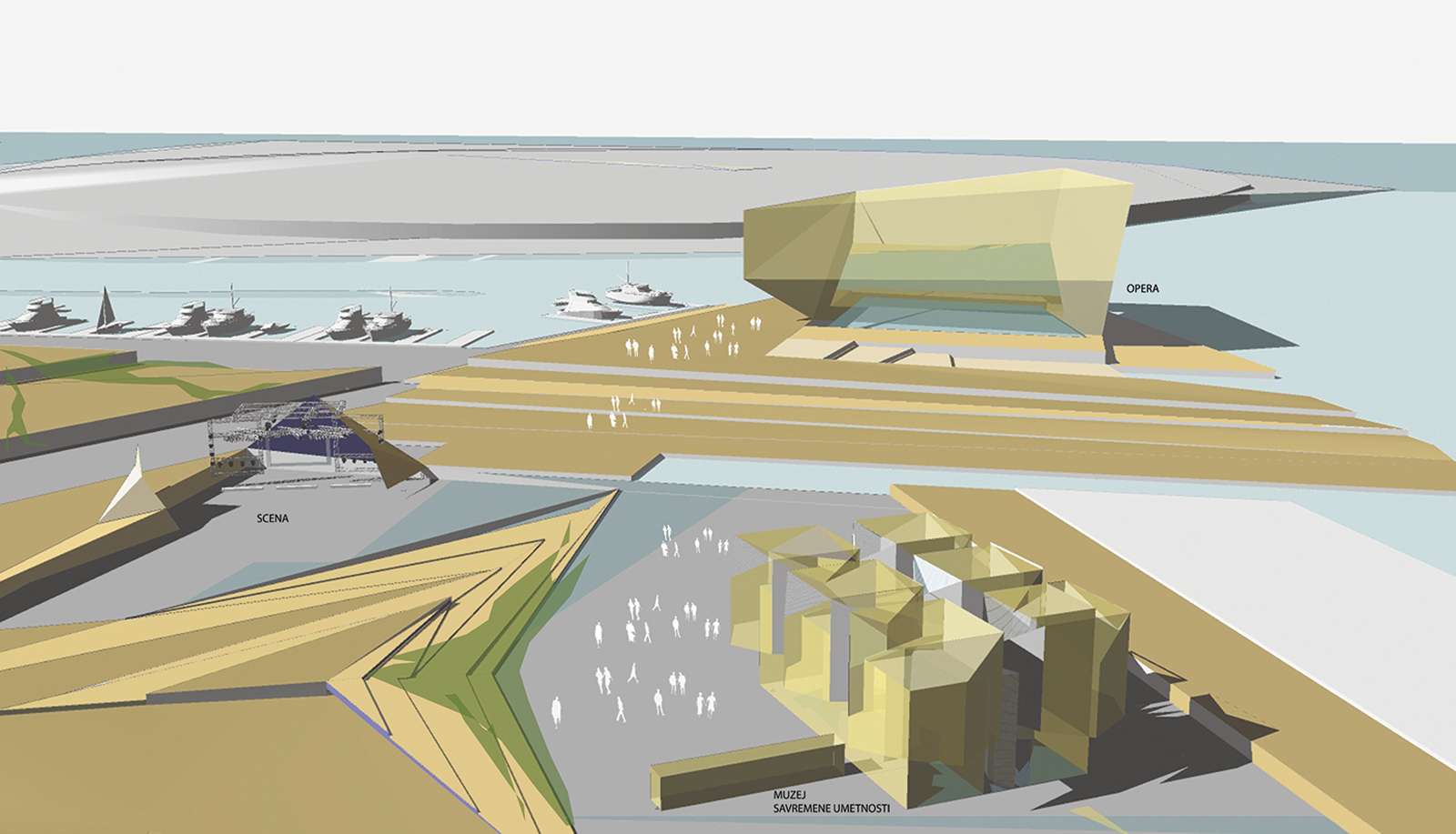 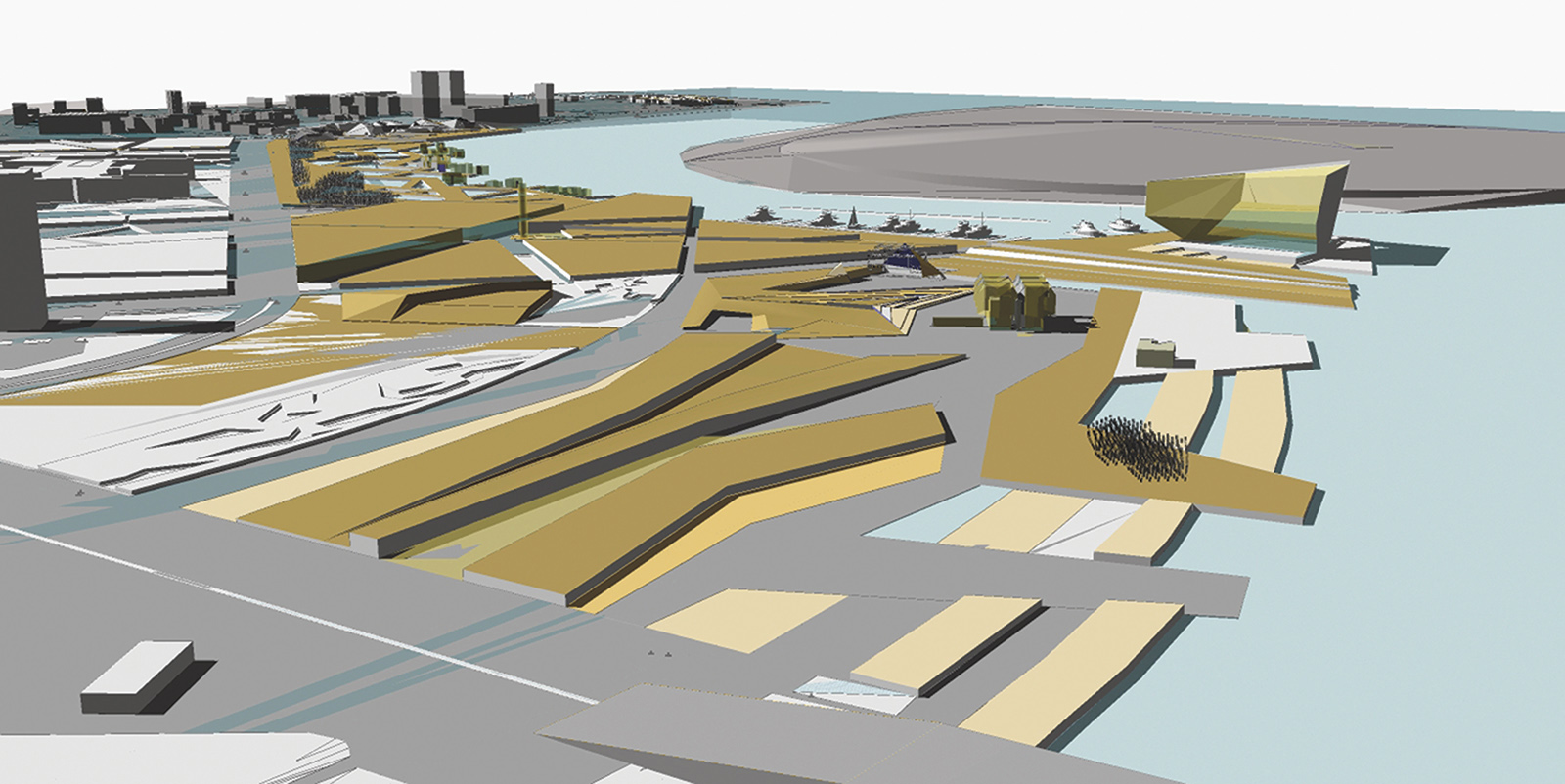 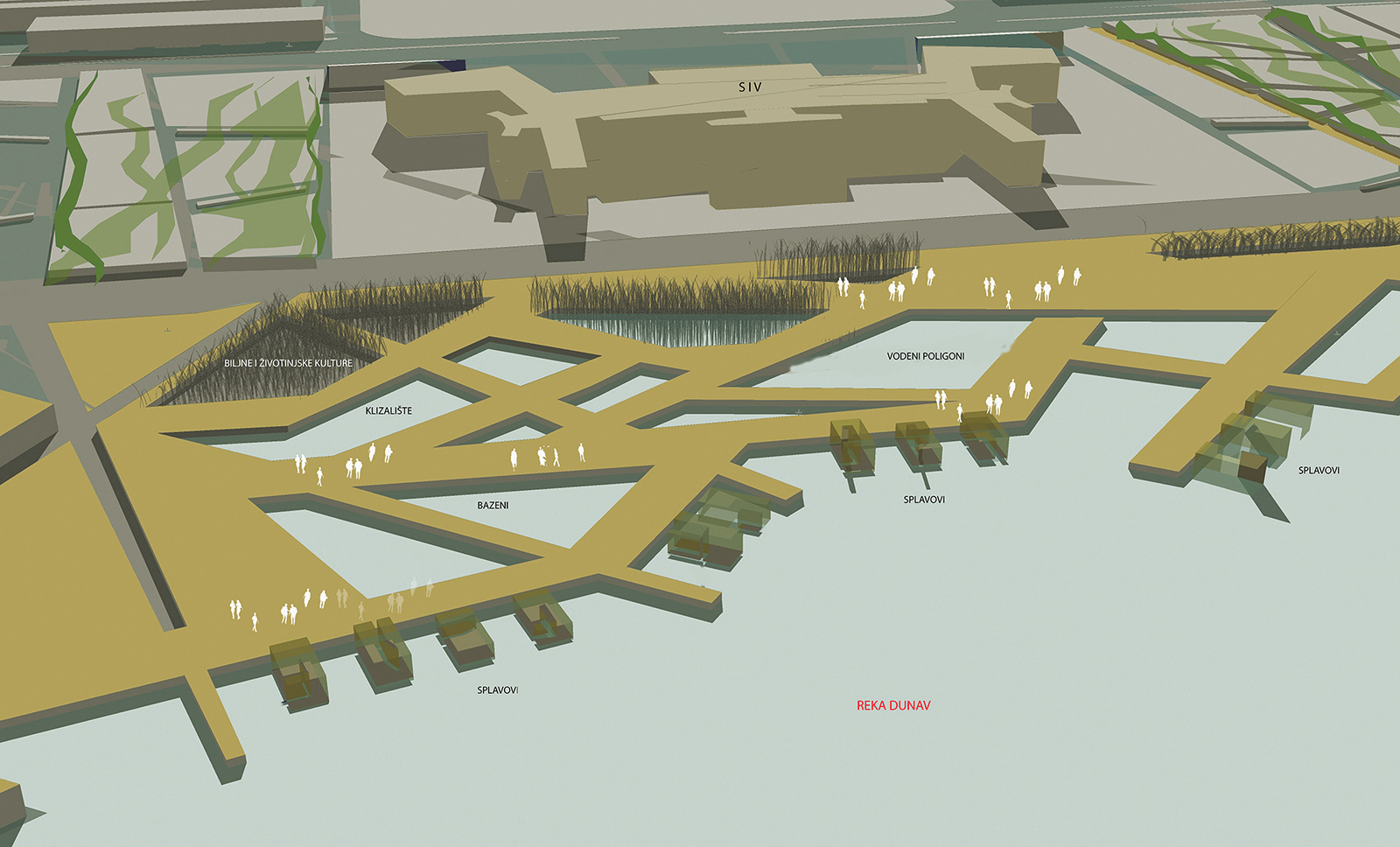 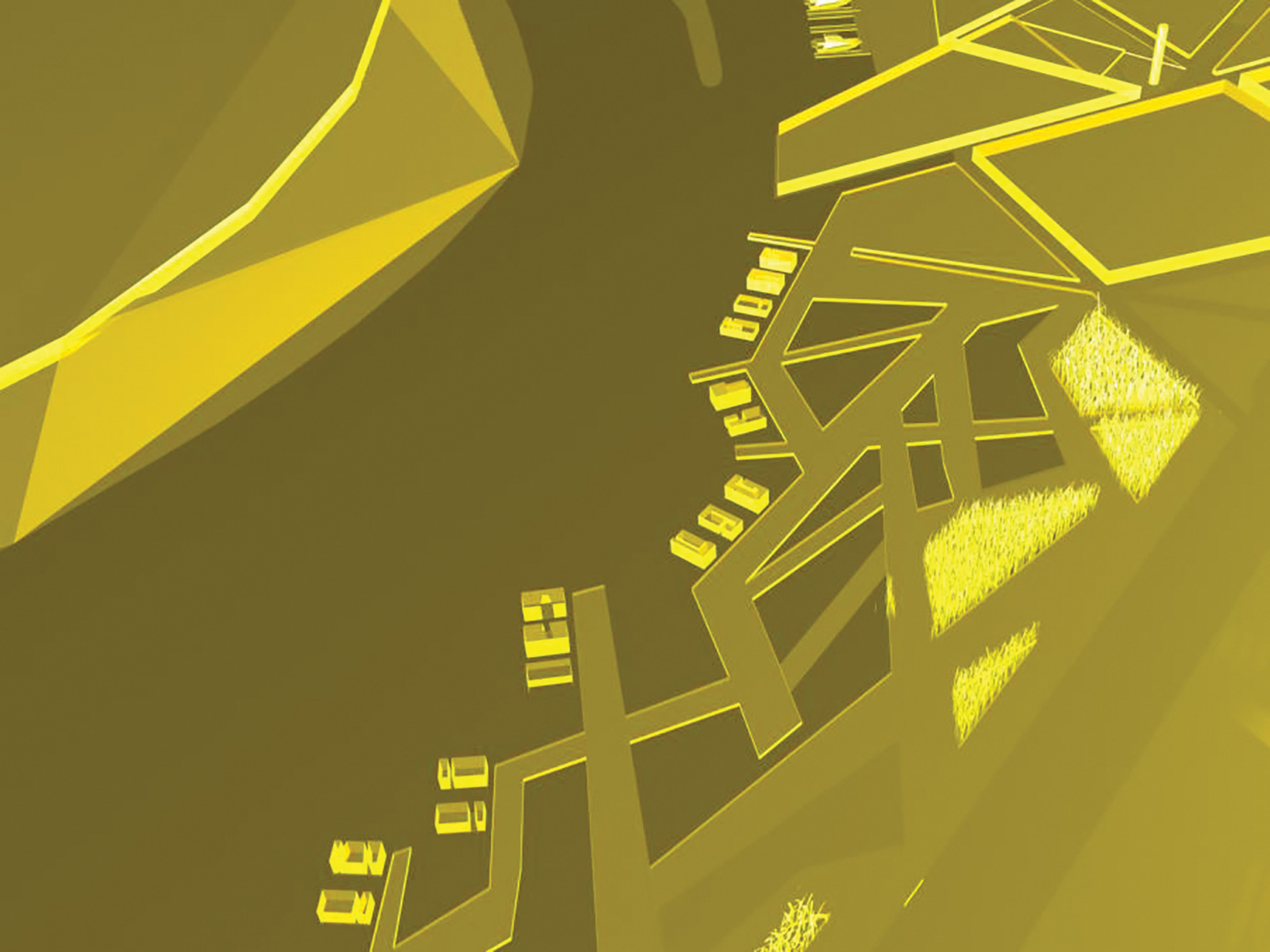 Park – light, energy and life should stand as synonyms for the main embodiment of the New Belgrade Park at the confluence of two rivers, the Sava and the Danube. Social, cultural and physical uplift are the main functions of this new urban park locality. The unity of urban and ecological tissue provides new qualities and possibilities in the life of a city.
The functional units are divided by stretches akin to scattered Sun rays that slowly melt into the New Belgrade matrix. Pointing the position of the Opera at the confluence of the two rivers is in visual correspondence with Kalemegdan and the existing Museum of Modern Art. The extension of the Museum of Modern Art, according to our opinion, should be resolved in a totally inconspicuous way, in order not to disturb the integral and specific architecture of the Museum. The underground programs of the Museum extension would form a rich urban structure on the roof and would be harmonized with the open stage besides this facility. The rich amenities of which only a few are mentioned in the design, would form a hub for the population desiring social, cultural and physical activities.
Through the design of this site were have transformed the public area from a semi-developed organization of a park into a new morphology of urban park development with multivalent functions. The design took care to preserve the natural environment with cultures of flora and fauna, provided with additional compatible urban park functions which are environmentally suited to this site.