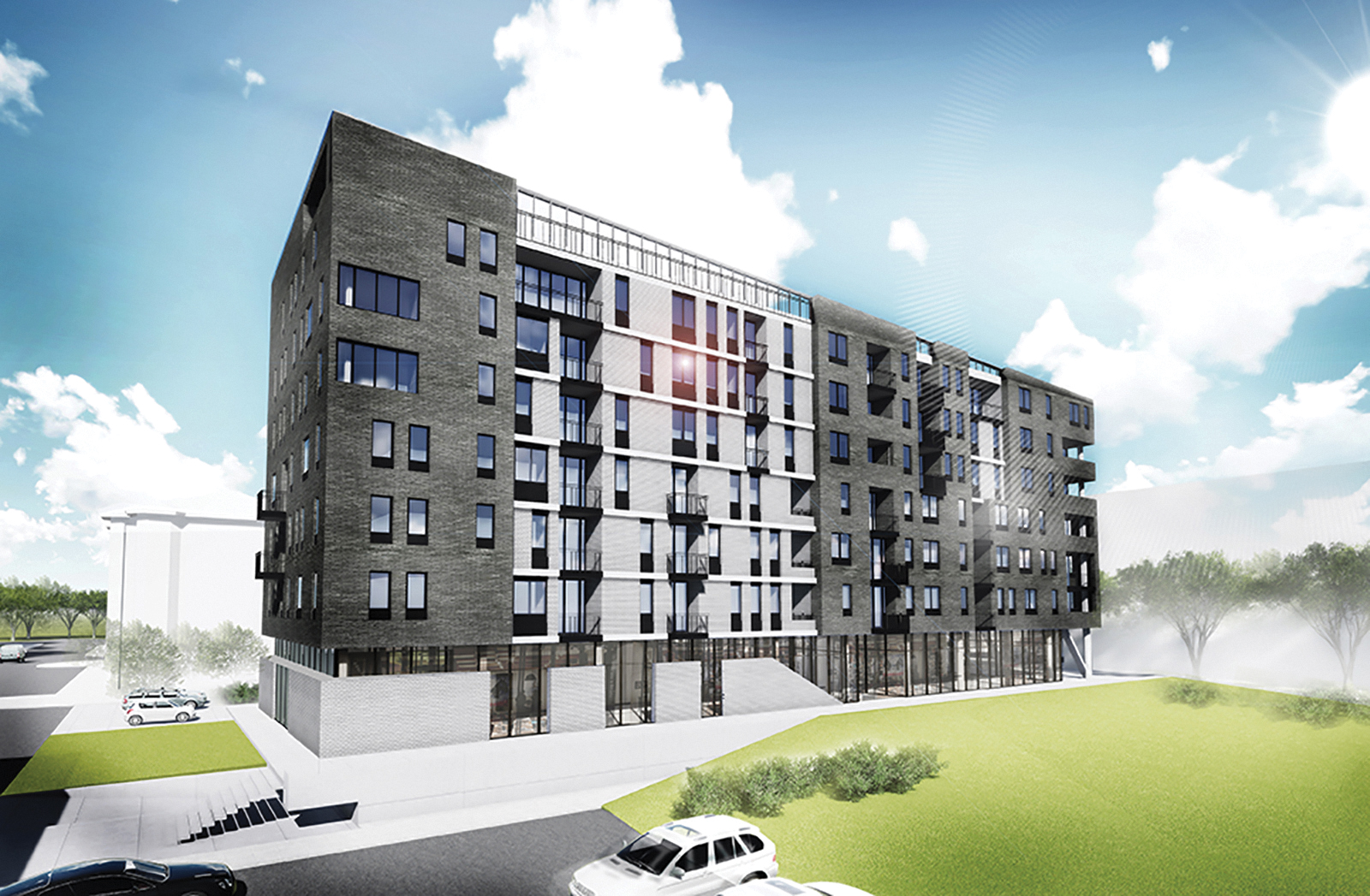 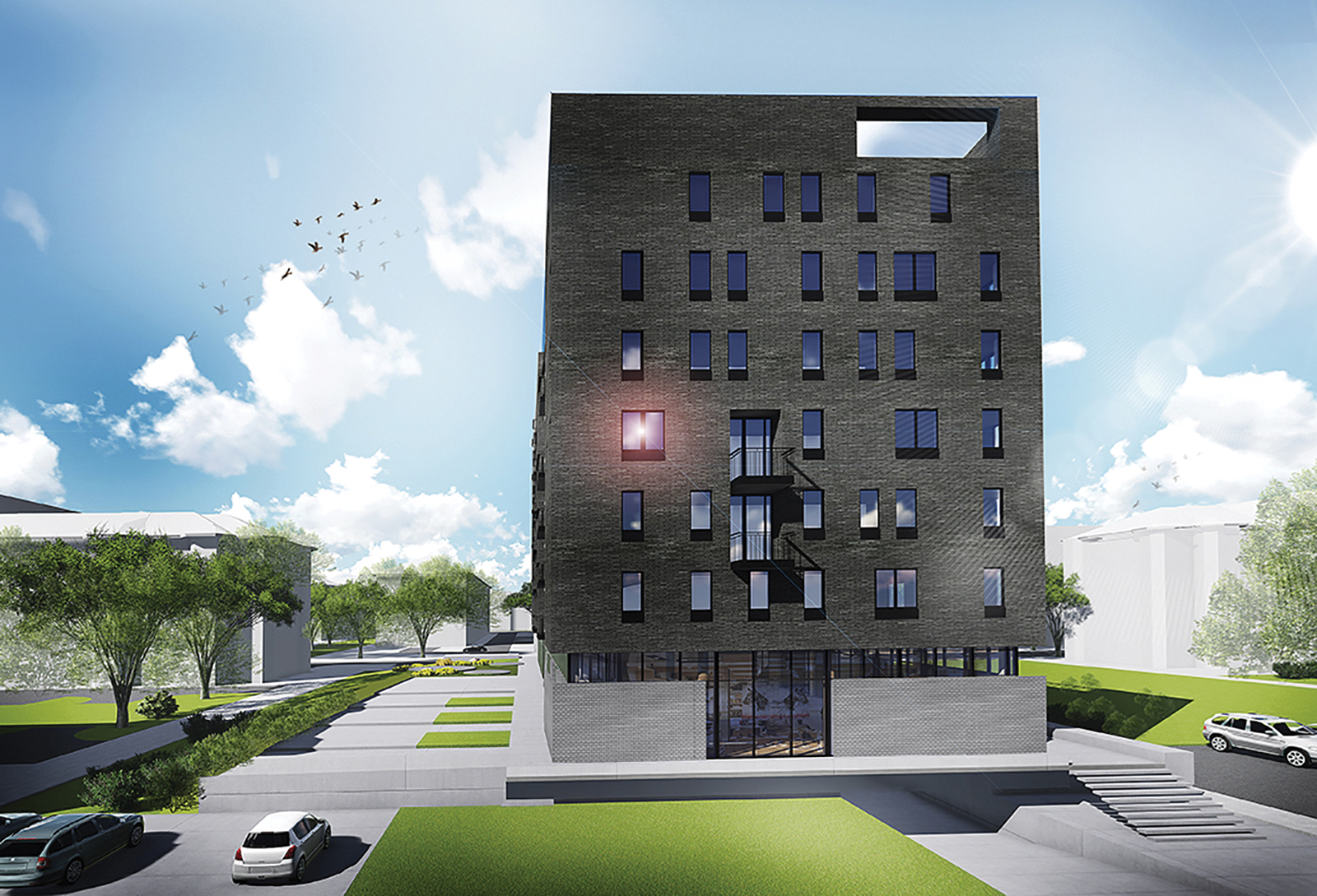 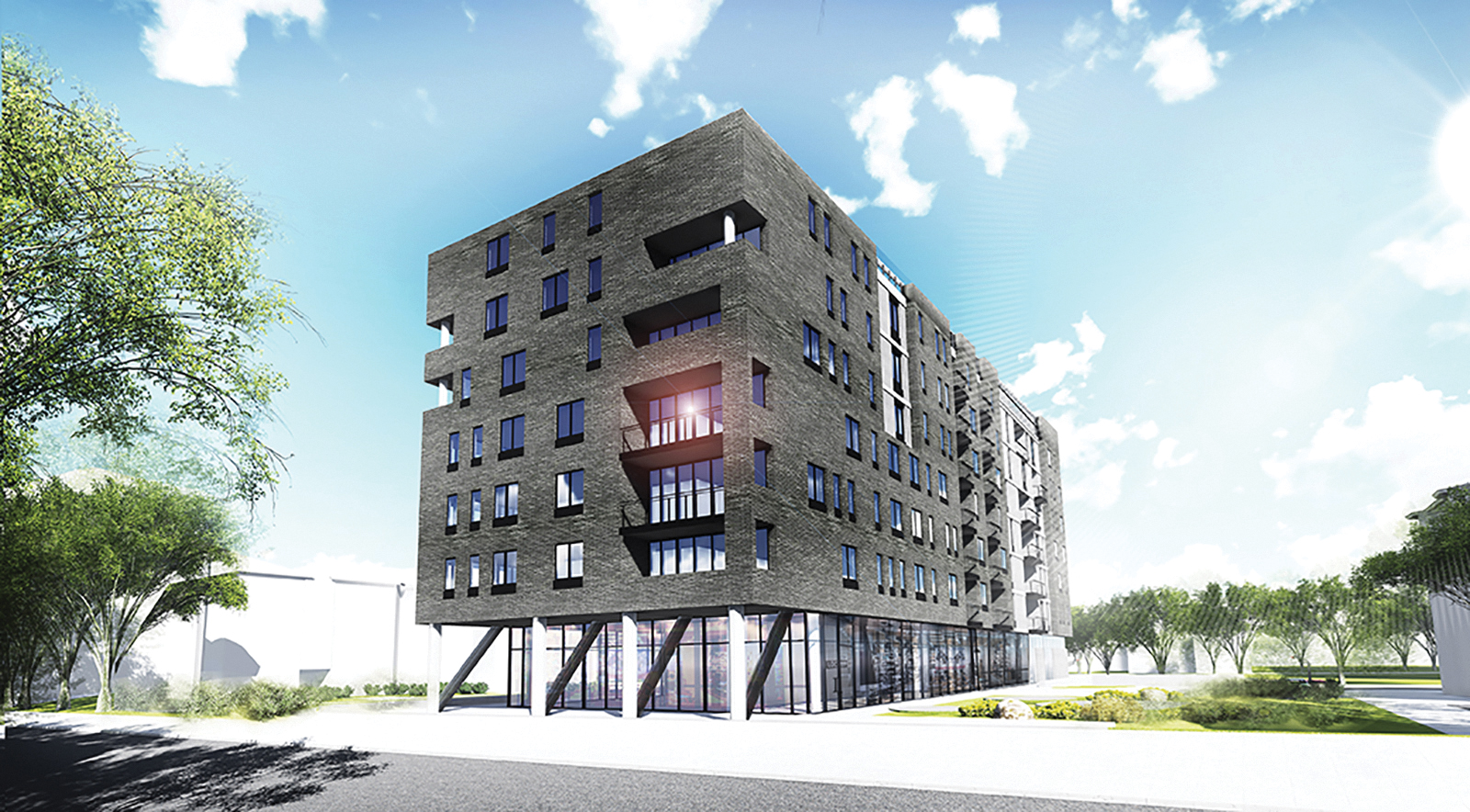 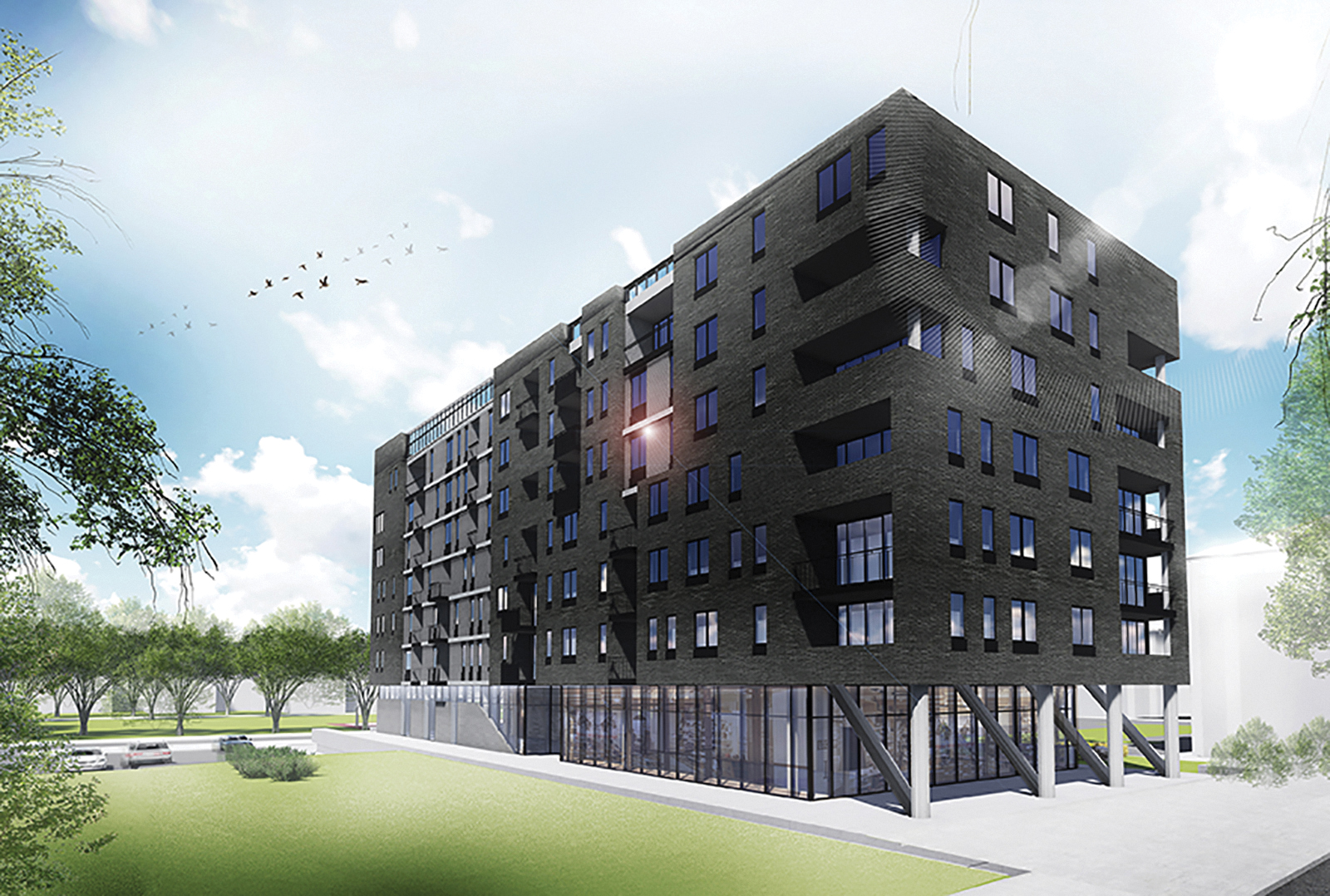 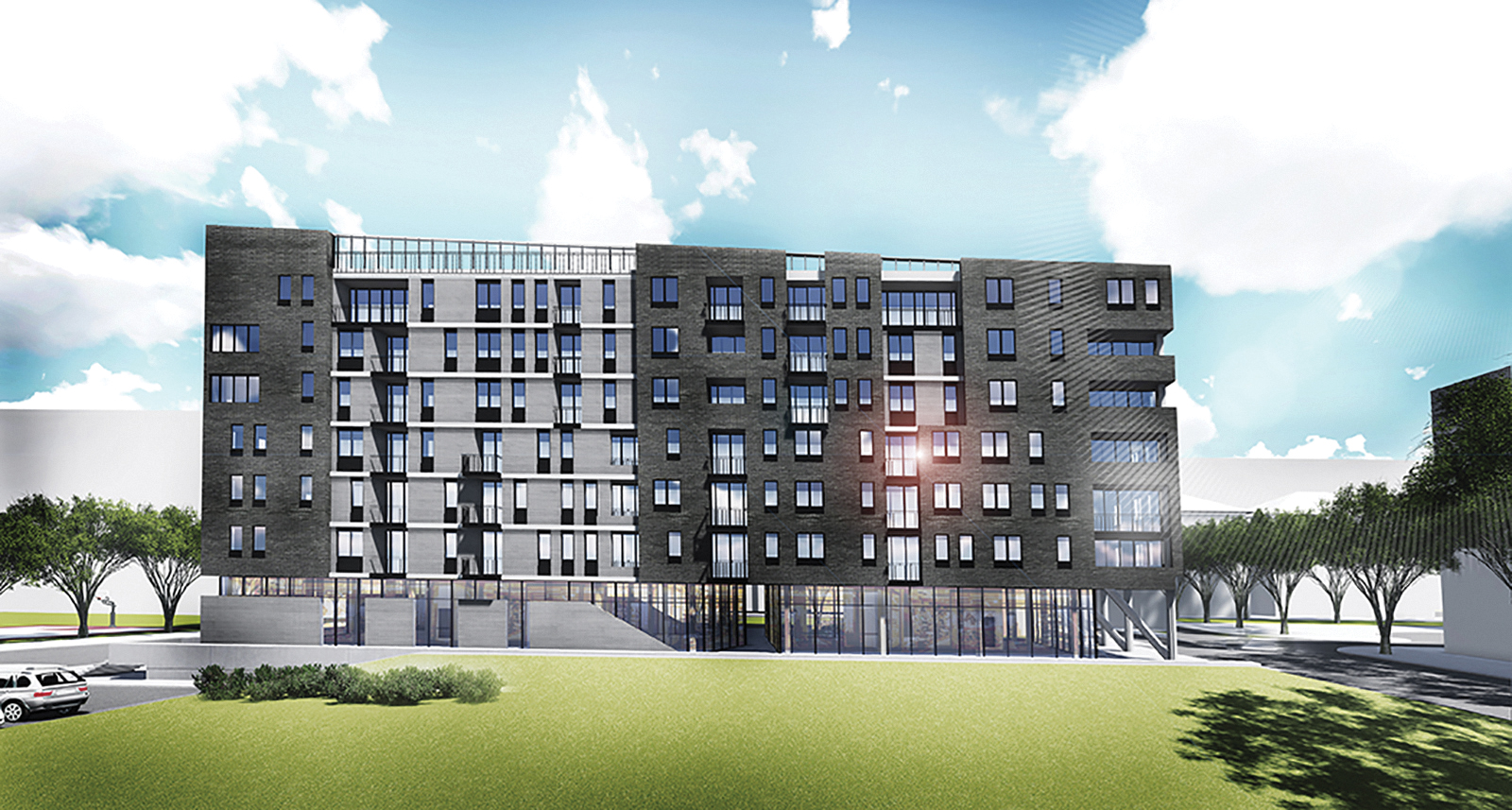 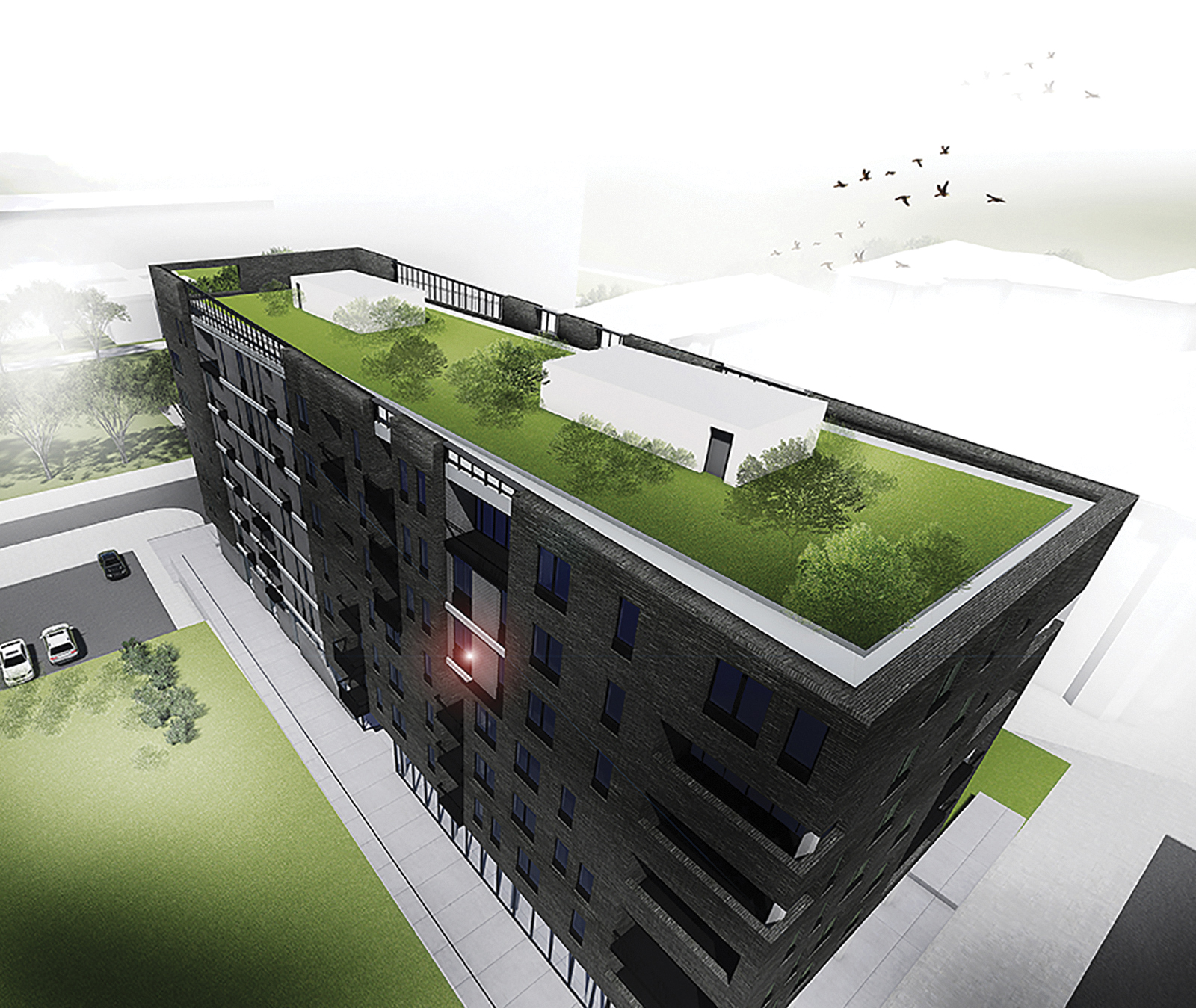 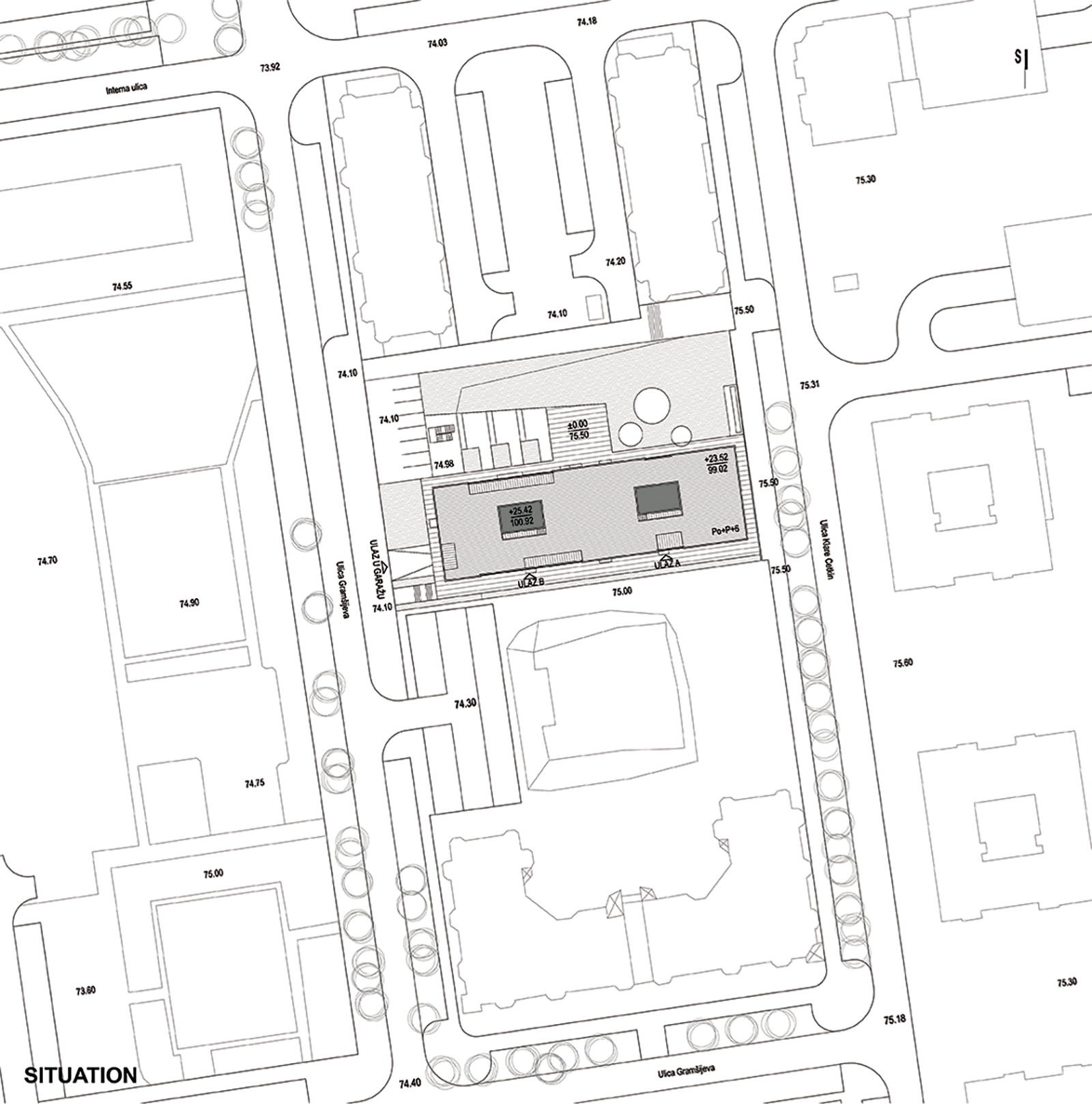 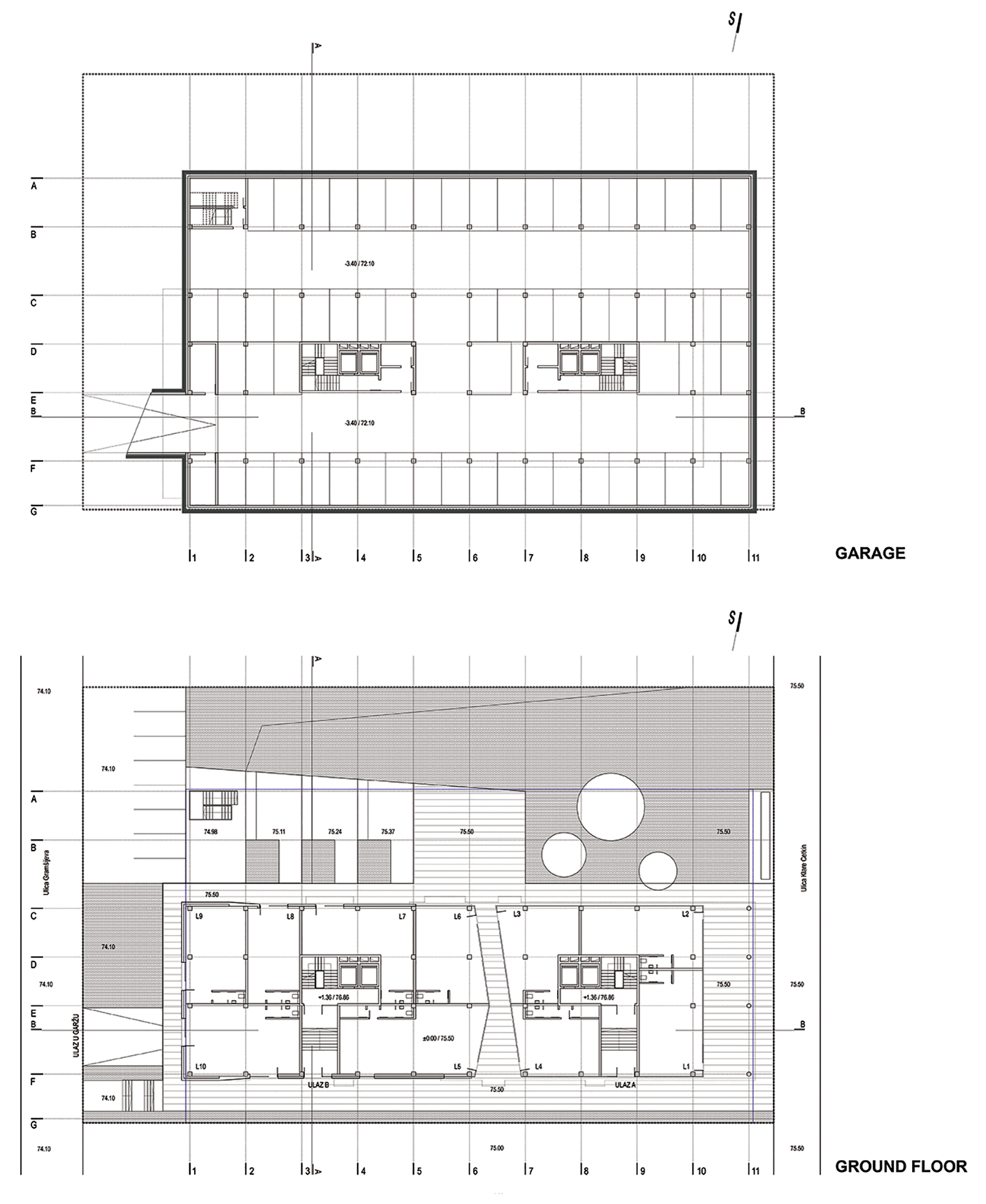 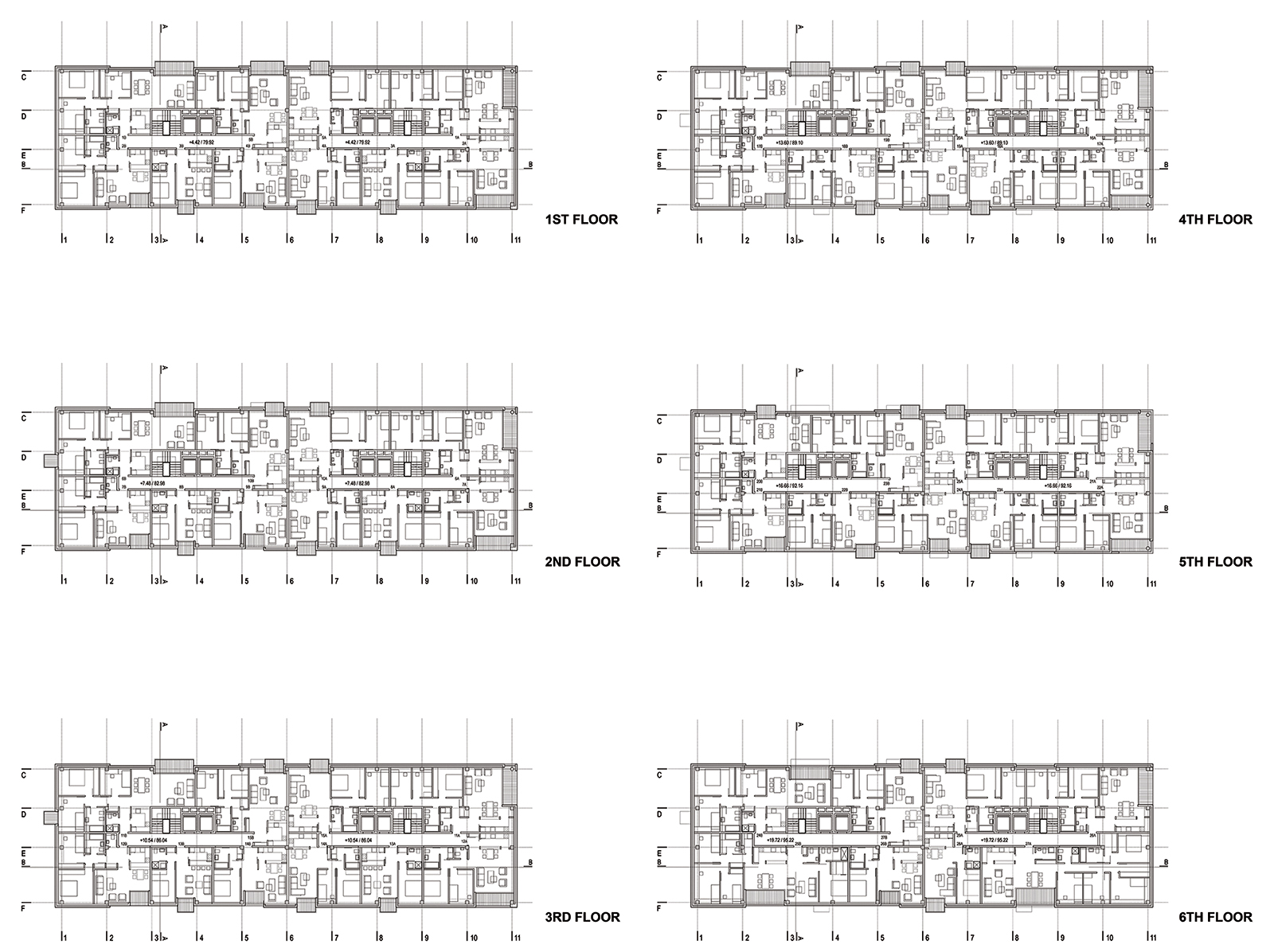 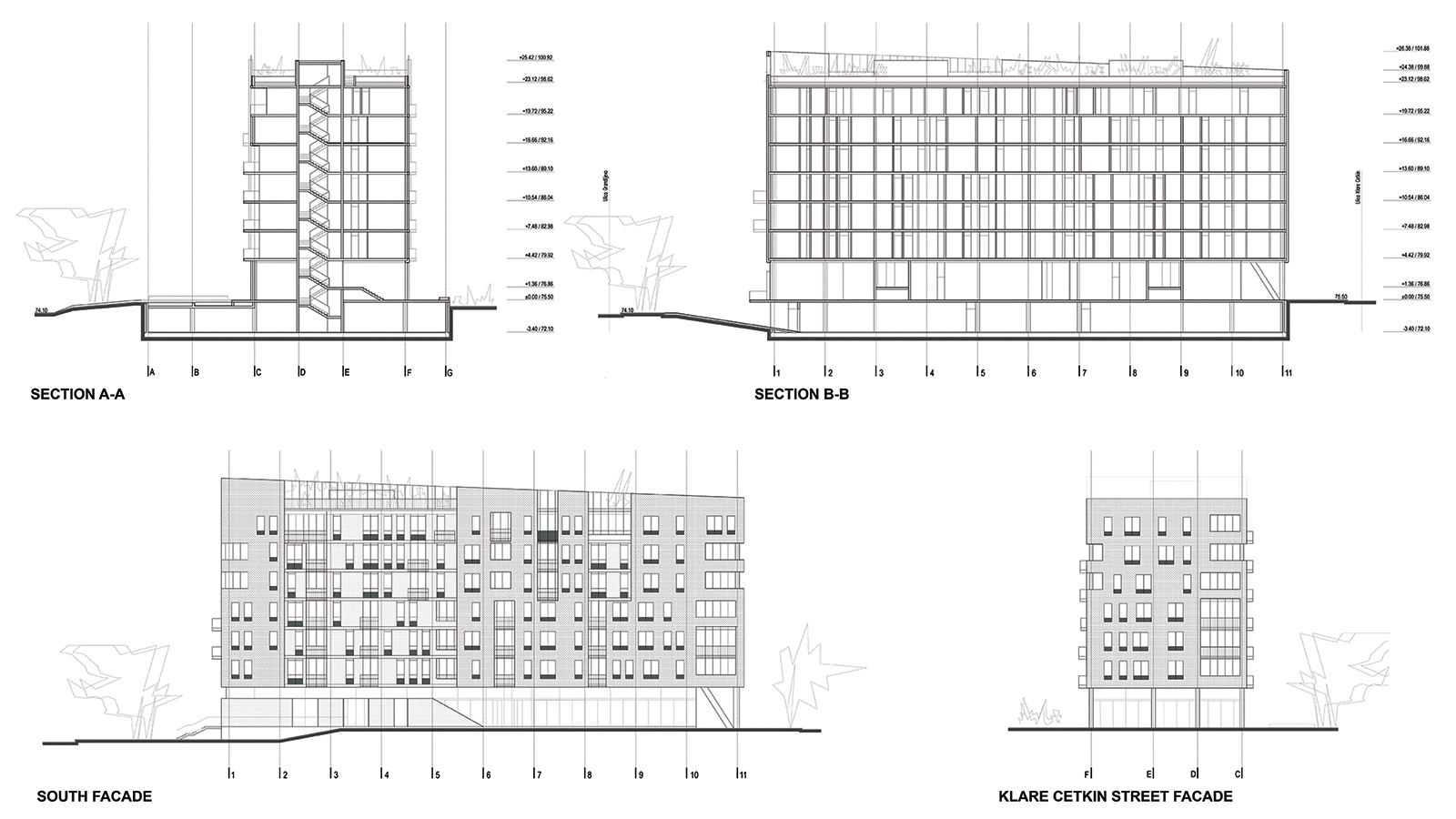 The basic criteria in forming the spatial, figurative and functional concept of the building, were simplicity and flexibility.

The primary form of the building is very simple. Urban spatial characteristics and conditions that imply the formulation of an orthogonal structure, initiated the shaping of an elongated prismatic form, with slight deviations in the secondary plastic of the facade.
With its style, the building is a representative of the time in which it was created, just as the existing buildings in the environment … modern, postmodern,

Neo-modern …
The combination of two gray brick color tones , bright and dark, was initiated by the colorful characteristics of the environmental shapes, in which gray tones prevail, and from used materials, concrete and bricks.

Terraces – as an essential composition element, are designed in a many different ways, and they are depending on the organization of the apartments. From the completely suspended lodges, through semi-suspended combination of lodge and terrace, to the terraces freed of the side walls. Window holes, typologically are divided into three types and are applied dependently of the design a facades.

This diversity of architectural facade elements allows individuality and identification of each apartment separately. Each apartment has, in some different way, its own organization and orientation, also with openings on the facade. This kind of design allows the customer to participate creatively in choosing a particular apartment, and flexibility of the solution during the design process to the final way of construction.

The possibility of quality orientation of the apartments to the outside, in terms of what has been seen from the apartment –  the view, is a most significant quality for this building – the longitudinal sides have a view towards the river – on one side towards Belgrade, and on the other, Zemun. In its narrowest surroundings there is greenery, and the building itself is not “disturbed” by neighbors.

The approach, the partial solution, the assembly structure, the structure of the residential areas and the quality of the used materials from which the building is made – corresponding to a higher standards of living.
Our designed approach is based on the apartments for a well-known buyer, for clients of higher economic standards.